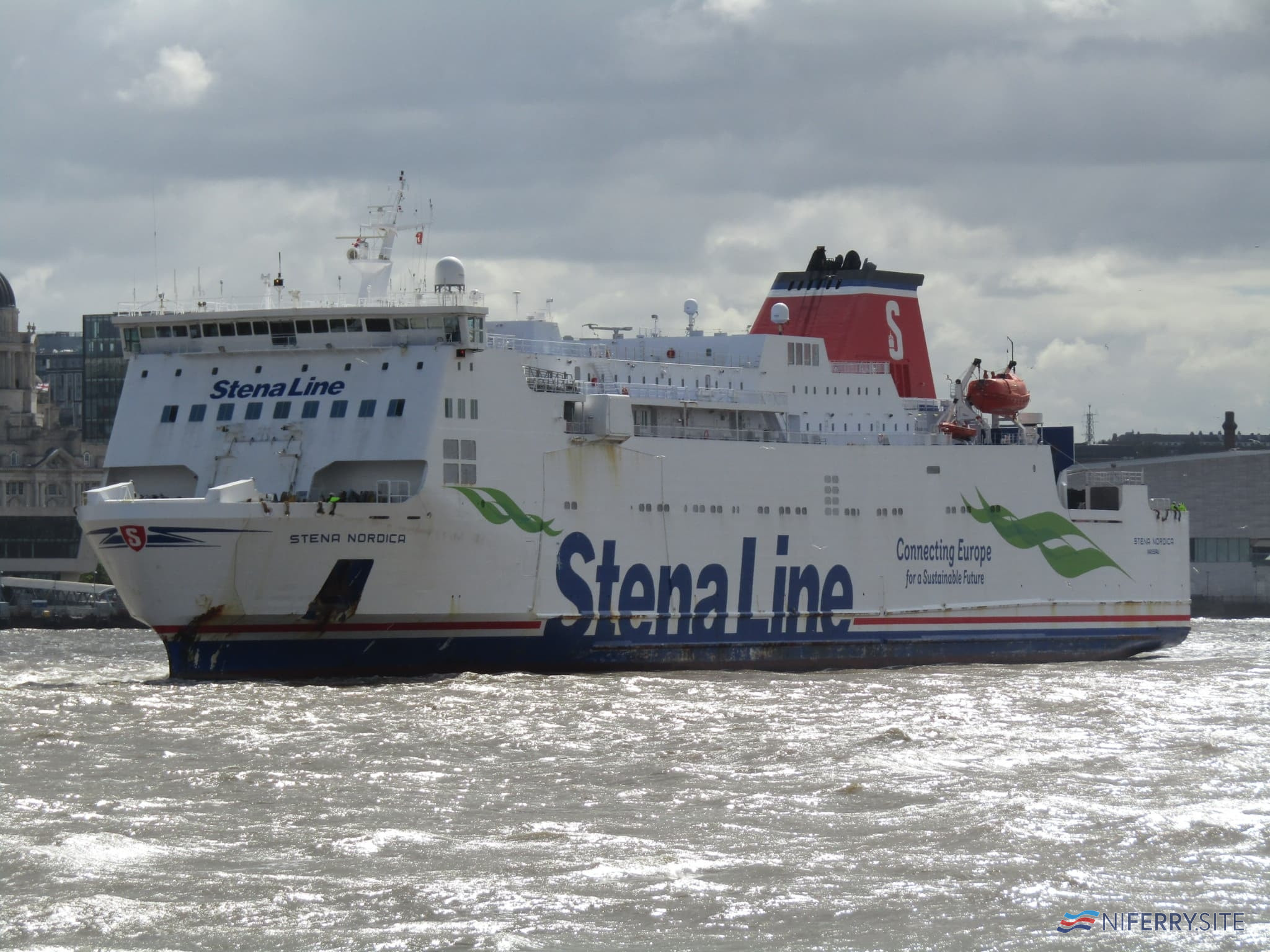 Update 24.07.20 @ 20:00: Information received after this post was published suggests that the dry docking of STENA HIBERNIA has been postponed to a later date. The other dry docks are still expected to go ahead as planned, however.

Following berthing trials at Birkenhead earlier this month, it has been revealed that STENA NORDICA will provide dry dock cover for STENA HIBERNIA and STENA SCOTIA on the Belfast – Heysham route next month. As ‘Nordica’ is too large for Heysham, she will sail to Birkenhead instead. The sailings will be available to freight customers only and it is expected that a reduced number of facilities will be available. The Belfast – Heysham route is a freight only operation which carries a maximum of 12 freight drivers.

STENA HIBERNIA and STENA SCOTIA are both expected to dry dock at Harland & Wolff next month. Afterwards, STENA SUPERFAST VII and STENA SUPERFAST VIII will also visit the Belfast yard. STENA NORDICA begins her relief service on August 3 according to the Stena Line Live Freight timetable at the time of writing. As always this may be subject to change.

Return to Poland for Nordica?