2017 marked another record trading year for leading ferry company Stena Line across its travel and freight services. Freight volumes on its Belfast to Cairnryan, Liverpool and Heysham routes exceeded a record 514 000 units, which represents a 3% year on year increase. Car volumes topped 360 000, a 2.5% year on year increase with over 1.5m passengers accounting for a similar 2.5% annual increase. 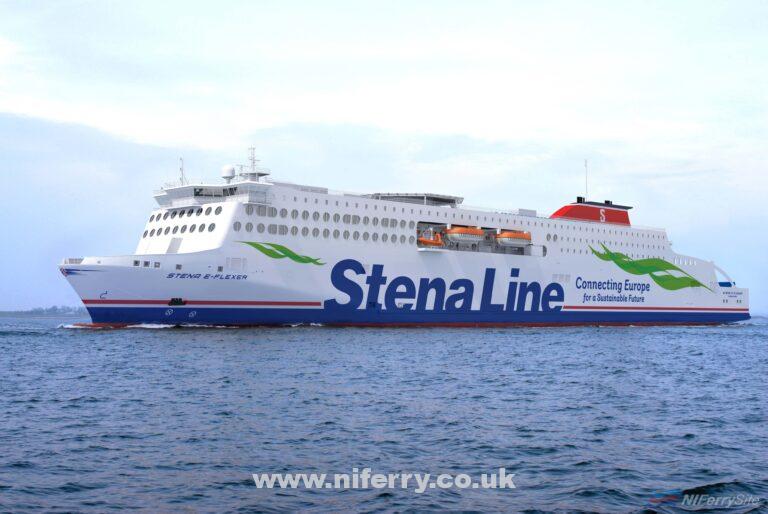 Last year Stena announced a newbuild contract of four RoPax ferry vessels with a planned delivery schedule during 2019 and 2020. The contract also contains an option for another four vessels to be ordered. The four vessels are being built at the AVIC Shipyard in China and the plan is to locate the vessels on the Irish Sea, specifically on Stena Line’s routes to and from its expanding Belfast hub. 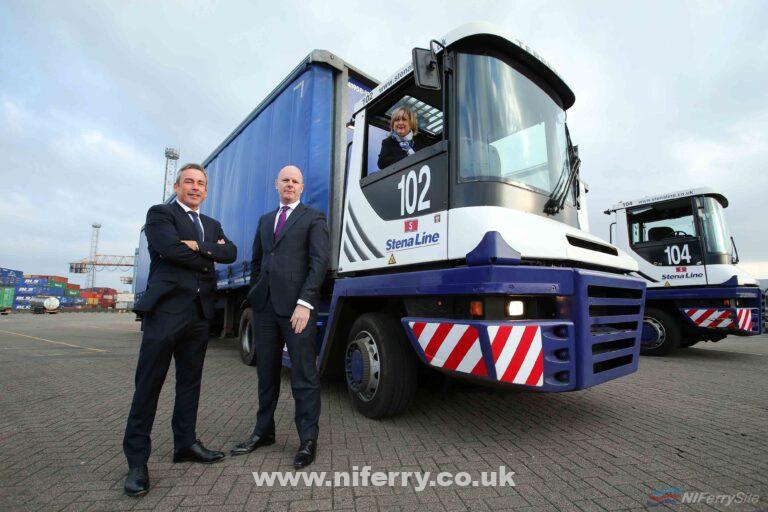 IN THE DRIVING SEAT…

Issued on behalf of Stena Line

Paul Grant, Stena Line’s Trade Director (Irish Sea North), commented: “Despite operating in a highly competitive market, 2016 was a record year for Stena Line’s Northern Ireland operations.  To carry over 500,000 freight units is a fantastic achievement for the entire Stena Line team and one which also cements Belfast Harbour’s position as Northern Ireland’s leading freight hub.  In 2016 we also had record car and passenger volumes with almost 1.5 million passengers travelling with Stena Line, which represents a growth of 7% on the previous year.

“Stena Line has invested heavily in its Belfast Harbour hub.  It’s reassuring to see that our vision and commitment to an expanding operation from Belfast Harbour has been rewarded.  Economic uncertainty is a concern for 2017, however, at Stena Line we remain focussed on providing our customers with the most frequent and reliable services into and out of Northern Ireland.  In the first quarter of 2017, we will be investing a further £7m locally with Harland & Wolff as we refit nine of our Irish Sea ship fleet,” said Paul.

Joe O’Neill, Commercial Director, Belfast Harbour, said: “Belfast Harbour is Northern Ireland’s principal maritime gateway with more than 70% of NI’s seaborne trade handled through the Port.  This is supported by the record year Stena Line is reporting for 2016.  We have been partners with them for more than 20 years and have seen their business here grow significantly during that time.  This year alone they have increased the number of cars carried by 10% as well as grown passenger numbers by more than 95,000 and handled more than half a million freight vehicles with overall volumes growing almost 60% in the last 6 years.  This is down to their hard work and adapting to the market and we look forward to continuing to support them and the growth of their business in the coming years.”

Stena Line is the largest ferry operator on the Irish Sea, offering the biggest fleet and the widest choice of routes between Britain to Ireland including Belfast to Liverpool and Heysham, Belfast to Cairnryan, Dublin to Holyhead and Rosslare to Fishguard routes, a total of 224 weekly sailing options between Britain and Ireland. Stena Line also offers a direct service from Rosslare to Cherbourg with three return crossings a week.

NIFS comment:  This release follows P&O’s release last week telling us that they had carried their largest volume of freight last year since 2011, and Seatruck’s release stating they had experienced “what is expected to be the largest percentage freight growth of any Northern Irish ferry service” on their Warrenpoint to Heysham route last year.  Unfortunately Stena don’t give detail of what routes those 500,000 freight units travelled on, but with 2 ships operating to Heysham and 3 to Birkenhead its fair to assume a good proportion of the total is moving through the English ports (competing more directly with Seatruck) rather than the Cairnryan operation that directly competes with P&O.  For some perspective, Stena Line as a whole handle around 2 million freight units across their business in every year (according to their website).  It is also encouraging that Stena have had a record year for cars and passengers as well, particularly given their freight volumes, on the back of what has been a very strong year in terms of freight movements for both Seatruck and P&O.