The STENA NORDICA is now shown on timetables to remain on the Belfast – Cairnryan service up to and including Sunday 24 April.   This is a further extension of her period acting as the third ship on the North Channel. The ship has been on the route nearly six weeks, having entered service on 22 March.

The STENA NORDICA was introduced as a third ship alongside STENA SUPERFAST VII and STENA SUPERFAST VIII, after P&O Ferries suspended Larne – Cairnryan sailings on St Patrick’s Day, when they sacked almost 800 crew.    Up to nine sailings per day each way have been offered in recent weeks.

P&O Ferries’ Larne – Cairnryan route remained completely suspended until the EUROPEAN CAUSEWAY returned to service on 9 April.   The route is currently offering a much reduced offering of up to three sailings per day in each direction, instead of the normal maximum of seven.

The EUROPEAN HIGHLANDER is expected to be inspected by the Maritime and Coastguard Agency (MCA) this week with a view to a return to service.  P&O Ferries will be keen to avoid any further detentions. There has been considerable negative publicity around the detentions of the EUROPEAN CAUSEWAY, SPIRIT OF BRITAIN and the double inspection failure of the PRIDE OF KENT.

EUROPEAN HIGHLANDER sailings are currently bookable on the P&O Ferries website from the evening of 21 April.  However, this will be entirely dependent on the previously mentioned MCA inspection.

P&O Ferries continue to push back on accepting new bookings on the Dover – Calais route.  At the time of writing no reservations are being taken before 26 April.  This is almost six weeks since services were first suspended.

A look at the Stena Line website in recent weeks has revealed that as well as providing much needed freight capacity to keep goods flowing into and out of Northern Ireland, the sailings have also been in high demand with tourist traffic.

Many sailings were fully booked for vehicle traffic over the Easter period. This pattern has been common at weekends since the P&O Ferries traffic suspension.

Despite social media bravado, it isn’t clear whether passengers are boycotting P&O Ferries due to the sackings. More likely is that passengers are avoiding a very restricted schedule and the potential of some services not running.

The travel advice remains to book early to secure your desired sailing at the best price. 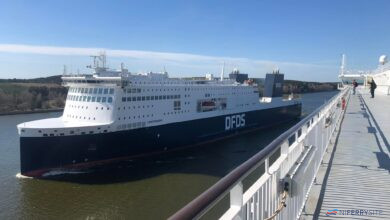 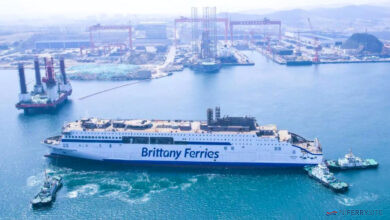 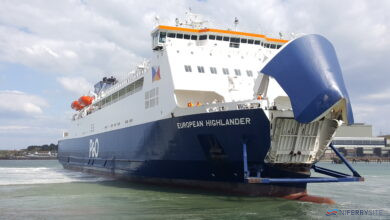