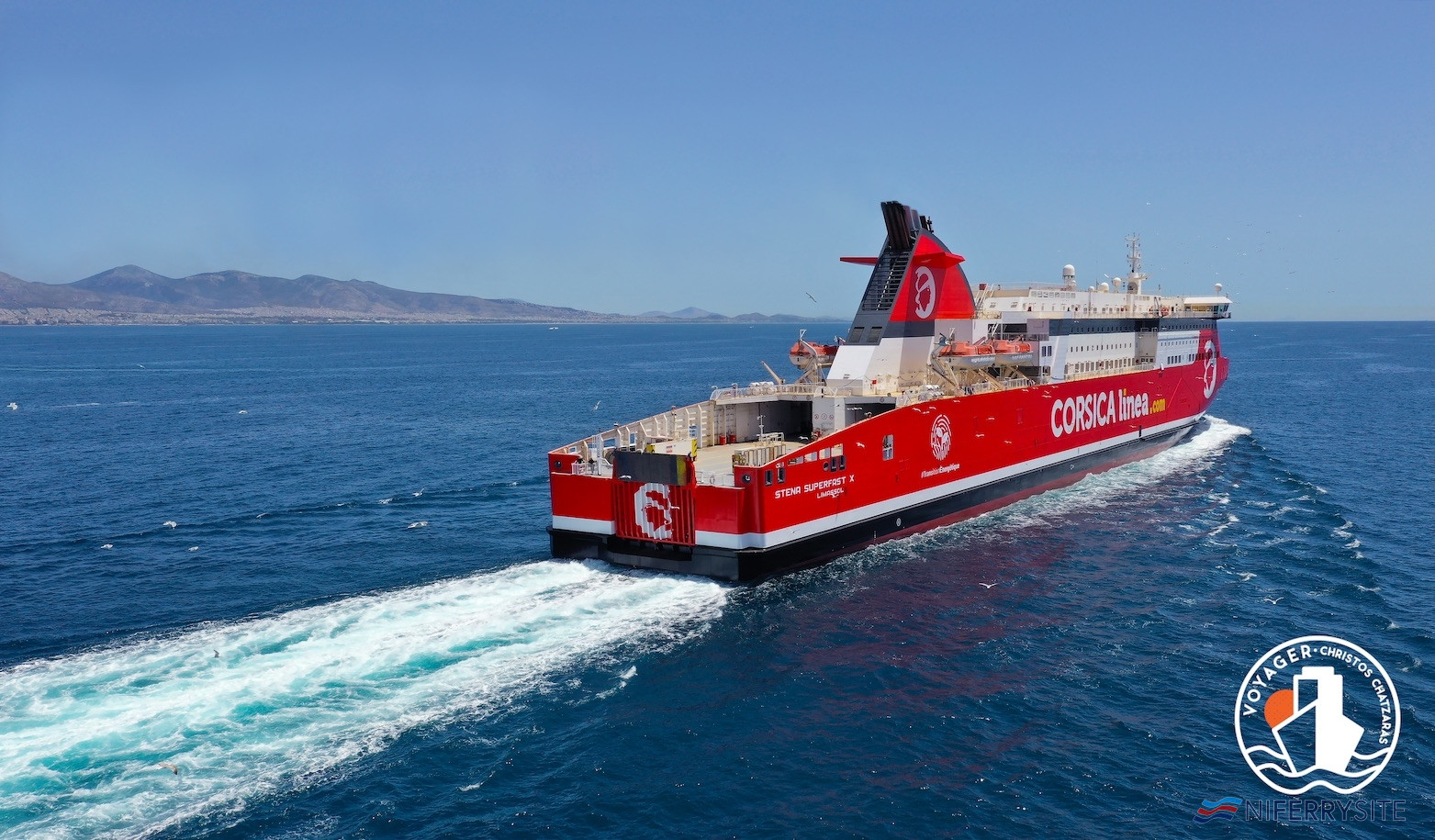 The former Holyhead – Dublin ferry STENA SUPERFAST X was renamed A NEPITA in Marseille yesterday. In addition to getting her new name, the former Stena Line vessel also adopted the French flag as expected. This sees the ship return to the flag, having been French registered between 2007 and 2015 apart from a spell during 2012 when she adopted the Maltese flag.

A NEPITA arrived in Marseille earlier this week following an almost three-month-long renovation in Perama, Greece. The work was undertaken ahead of a long term charter to Corsica Linea from Stena RoRo.

Part of this renovation included the installation of additional passenger cabins on Deck 8 in place of what where public spaces in Stena Line and English Channel service.

The former Stena ferry was originally to be assigned to Corsica Linea’s service to Algeria for the summer of 2020. However, due to the COVID-19 crisis, A NEPITA will sail from the French mainland to Corsica until September 2020. She will be introduced from 23 June on the Marseille – Bastia and Marseille – Ajaccio routes. From mid-August until the end of the summer season she will solely serve the Marseille – Ajaccio route at a rate of 7 crossings per week.

With thanks to Voyager Shipspotting.