Big questions are hanging over the future of PRIDE OF BURGUNDY after a recruitment agency began looking for crew to man the ship for a ten day voyage to Cornwall.

The 28,138gt vessel has been laid up in Leith since May, is understood to be departing the Scottish port for Falmouth, Cornwall by the end of the month.

Industry sources have confirmed that the ship, along with three other fleet-mates – PRIDE OF YORK, PRIDE OF BRUGES, and EUROPEAN SEAWAY, have all been listed for sale by brokers. Staff were briefed that the four had no future with the company.

Previously, P&O had been transferring crews between Dover and Edinburgh by coach on a weekly basis, fuelling suggestions that the need for agency crew indicated that a new owner had been found.

The job advert posted by a marine recruitment firm on social media stated that three personnel were required for a ten day ‘Passenger roro repositioning voyage’ between the two ports, starting tomorrow (19 October).

At present, PRIDE OF BURGUNDY is the only vessel of this type in Leith, after its fleet-mate PRIDE OF CANTERBURY moved to Rotterdam for a refit last month.

Falmouth is home to a major ship repair and refurbishment complex operated by A&P, whose facilities have previously been used by P&O for annual refits.

Dover-based P&O Ferries, which has been hit hard by a drop in demand caused by Covid-19 and also Brexit uncertainty, announced plans for 1,100 redundancies earlier in the year. This was followed by a further 81 jobs associated with the closure of the Hull to Zeebrugge route, and another 40 at Dover.

Both P&O and A&P have been contacted for comment. 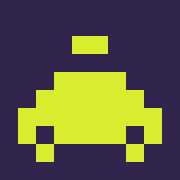