These freight only ferries were designed and built specifically to be able to operate into Heysham port on behalf of Seatruck Ferries.  Due to the size of Heysham larger ships can not operate there, however the trend in recent years has been for vessels to get larger, severely restricting the number of vessels which could operate safely within Heysham’s confines.

They are 2 of 4 identical sister ships (known as the FSG, or FSG 746 class) designed and built specifically for Seatruck by the famous Flensburger Schiffbau-Gesellschaft (FSG) shipyard in Germany.  They where designed specifically to maximise space for vehicles inside their restricted size, whilst maintaining a shallow draught due to Heysham being quite shallow (in fact the harbour needs to be dredged often in order to stop it from becoming silted up).  Due to the way they are designed they can carry 20% more freight but with 10% less fuel consumption than the ships they replaced for Seatruck.  Seatruck Power and Seatruck Progress currently operate between Dublin and Liverpool, but due to their design can also be used on the company’s other routes from Heysham and Warrenpoint.  Until recently their two sister ships were on charter to Stena Line as  Stena Performer and Stena Precision operating between Belfast and Heysham.  From September 2018 all four vessels operate for Seatruck Ferries themselves. 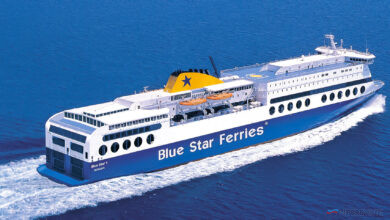 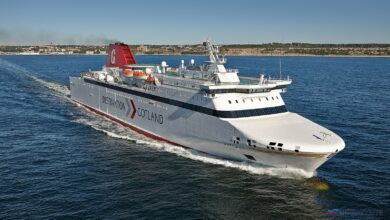