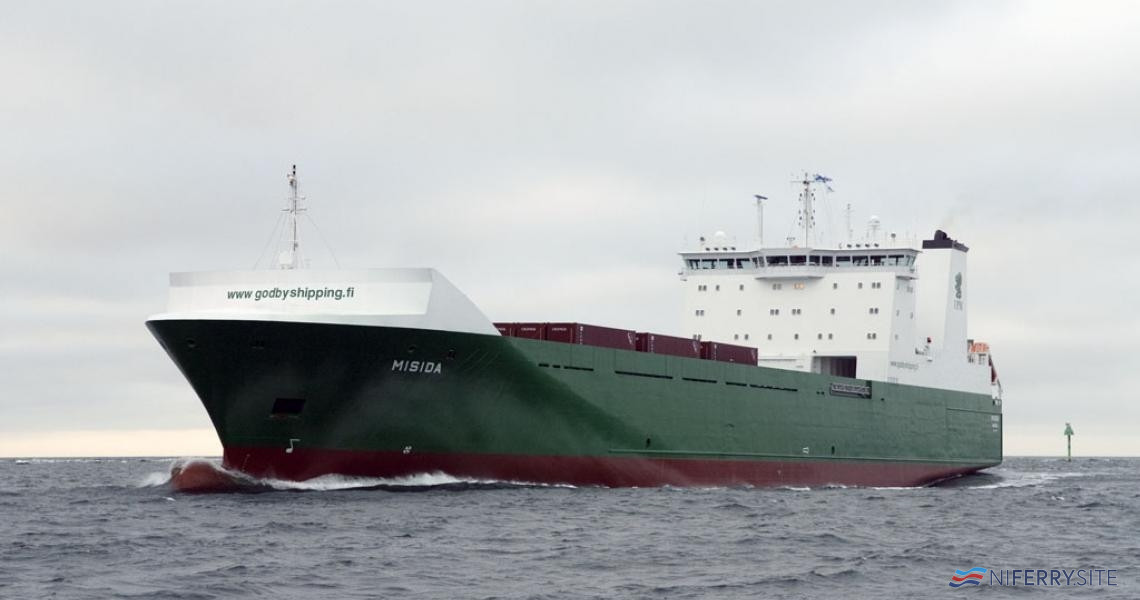 P&O Ferries has gone on the offensive by adding additional freight capacity to both of its Irish Sea routes. In addition to increasing weekday sailings between Larne and Cairnryan, the company is adding a fourth vessel to its Liverpool to Dublin route. The ship, Godby Shipping’s MISIDA, will allow the operator to offer up to four daily return crossings for freight.

The newly chartered vessel will join the passenger and freight ships NORBAY and NORBANK, and CLIPPER PENNANT on the route. The latter remains chartered from competitor Seatruck. P&O’s move follows Ro-Ro specialist CLdN’s announcement that it will offer two rotations per week between Liverpool and Dublin for unaccompanied freight as part of a “triangular” service which also links Liverpool and Santander.

MISIDA was delivered in 2007 from the JJ Sietas shipyard in Hamburg. She provides space for 2,155 lane metres of freight and 12 drivers within her 165.75m length. Like CLIPPER PENNANT, she will only carry freight traffic. Her introduction will allow P&O to offer an additional sailing leaving Liverpool at 16:00 Monday – Friday and Dublin at 03:00 Tuesday – Saturday from July 6.

Separately, P&O Ferries has adjusted its timetable to allow an additional sailing in each direction between Larne and Cairnryan. The changes mean that the company can now offer up to 5 sailings in each direction, still short of the up to 7 offered before the COVID-19 crisis.

As of today the 22:00 sailing from both ports has been replaced with sailings at 20:00 and 23:59 on weekdays. The weekend schedule has also been changed with what appears to be mostly a single ship roster. The full new timetable, which came into effect today according to the company website, is as follows: