Salamanca: An Introduction to the UK’s First LNG Ferry

Brittany Ferries’ brand-new Liquid Natural Gas (LNG) fuelled Stena E-Flexer ferry, SALAMANCA, is due to enter service on 27 March.  She will sail on the Portsmouth – Bilbao and Cherbourg  routes.  The introduction of SALAMANCA is the culmination of over a decade of work by Brittany Ferries to introduce more environmentally friendly vessels.

SALAMANCA is the second of five new ferries joining the Brittany Ferries fleet between now and the end of 2025. She is a near-sister to fellow E-flexer GALICA, which was brought into service last year. SALAMANCA replaces CAP FINISTERE in the fleet, the sale of which to GNV was recently announced.

The main difference between GALICIA and SALAMANCA is that the latter uses Liquid Natural Gas (LNG) for fuel. Should it be required, however, SALAMANCA can also run on marine diesel instead.

In terms of passenger experience, SALAMANCA is very similar to fleetmate GALICIA. The main differences between the two ships are decorative, the layout and names of the facilities are the same on both GALICIA and SALAMANCA.  This means that passengers have a consistent experience across the two ships.

While SALAMANCA is not the first passenger ferry to be powered by LNG, she is the first such ship to connect the UK with the rest of Europe.

She is the second of five ferries ordered by Brittany Ferries based on a standard design – Stena’s E-Flexer.

Brittany Ferries says that building large numbers of a standard design, such as the E-Flexer, brings all the advantages of mass production: higher quality, lower cost, and rapid delivery. The interior quality of the E-Flexers has impressed Brittany Ferries, surpassing their expectations.

Despite the use of a standard design, operators are still able to customise each vessel to its needs.  As a result, each Brittany Ferries E-Flexer will be slightly different from each other with a distinct character that reveals the destination it serves.  For example, the carpet designs are bespoke and Brittany Ferries has chosen all of the upholstery, fabric colours, and artworks itself.

Brittany Ferries’ Strategy Director Catherine Querné was responsible for bringing the customer experience to life on SALAMANCA, and oversaw the entire project.  Prior to beginning, she immersed herself in the city and region of Salamanca along with artistic advisor Kimberly Poppe and interior designer and architect Richard Nilsson.  Catherine Querné says:

“Our ultimate goal is to provide the very best experience on board,”

“The beauty of travel by sea is that your holiday starts as soon as you step on board.  Our priority is to surround the passenger with authenticity, relaxation and wellbeing. The journey aboard Salamanca will inspire them ahead of their visit to this wonderful destination.”

Brittany Ferries has a tradition of naming its ship’s after areas and landmarks located close to the destinations each vessel sails to.  Salamanca is the name of both an important university city in north western Spain and the province it is situated in.  Since 1988, the old city of Salamanca has been a UNESCO World Heritage SIte.

The city of Salamanca is famous for its open squares with their many restaurants, bars, boutiques and cafés and attracts tourists from Spain and beyond.   The most famous of these squares, the Plaza Mayor, serves both as the inspiration for the design of the sky bar as well as the name of the same area onboard both Brittany Ferries’ SALAMANCA and GALICIA. 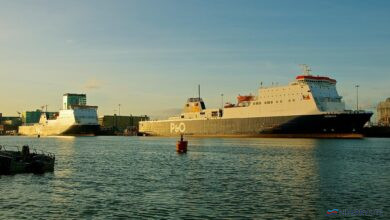 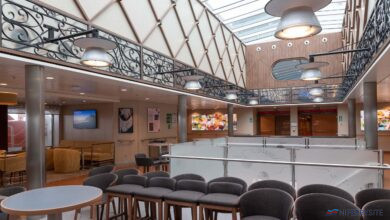 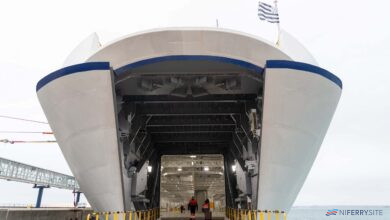